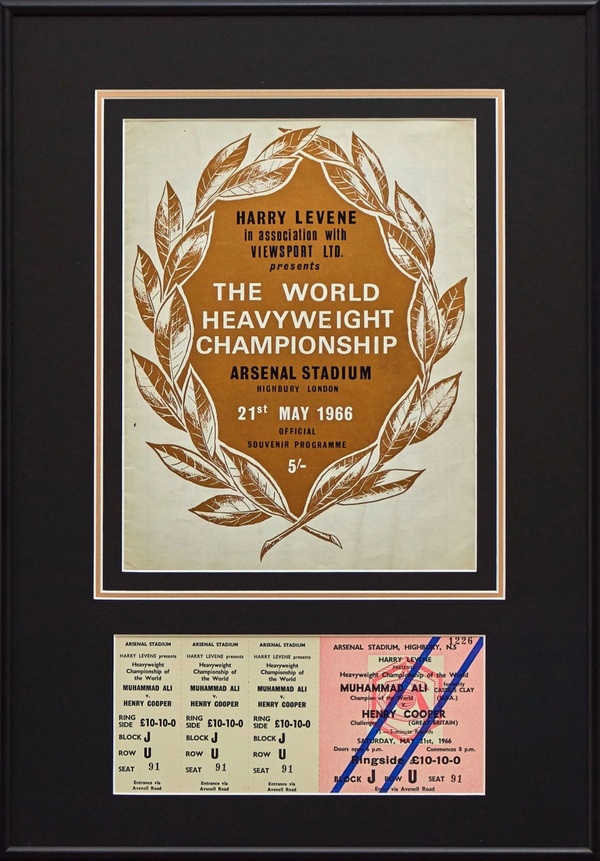 Kudos Memorabilia Ltd has 1 Show.
About Muhammad Ali
About the Product

Ali won the fight by technical knockout in the sixth round after opening a cut over Cooper's eye that would eventually require sixteen stitches. At the time of the fight, it was the first heavyweight title contest to be held in London in fifty eight years. The win over Cooper improved Ali's professional record to 24-0, and the victory also meant Ali would retain his ring and heavyweight titles.

The collectibles have been professionally framed behind clear colour 'water-white' anti-reflective glass and remain in very good vintage condition. The back of the frame also incorporates clear glass to showcase the reverse of the fight ticket and programme.

Comes with own Certificate of Authenticity.