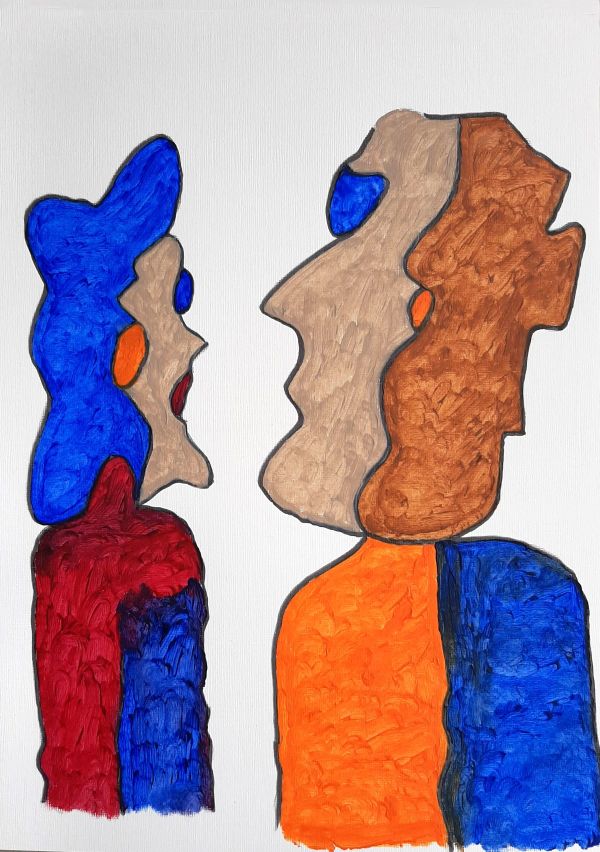 A painter and performer, a poet and writer, a critic and philosopher, a columnist and lecturer in Art schools of various universities, Demosthenes Davvetas is above all a citizen of the world. He has been writing articles and essays for Liberation, Figaro, Art in America, Beaux-Arts magazine and other publications since 1982, and he has also participated in the creation of catalogues and monographs of major museum artists. He has published over twenty books, including "Demon Love", "The Infidelity of the Stars", "Sounds of the Universe " and "Marina Abramovich".

From a young age, he drew and wrote in the same frame; a habit that later on when he sought to find his artistic language, gradually became the foundation of his visual identity and unique style. Scripture and image coexist harmoniously, resembling two strong branches of the same tree. As he has admitted, every artistic expression of his is an endless battle against the passing of time, a way to cover the void and absence that feared him existentially since childhood.

Perhaps his fear of loneliness is what made him so popular around the artists' circles, a fearless Greek who has conquered with his talent and personality the hearts of world-renowned artists like Andy Warhol, Jean-Michelle Basquiat, James Brown, Gilbert&George, Enzo Cucchi and so many others that he has worked with. Demosthenes Davvetas has a magic way to reinvent himself regardless of time, space and circumstances, finding always ways to penetrate our mundane world with his unorthodox colours.
Demosthenes Davvetas has 15 Shows.