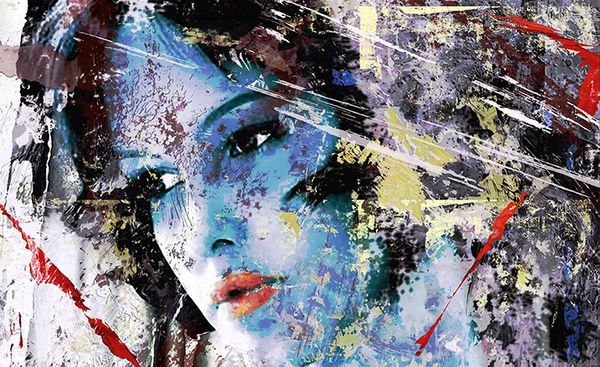 Joan Peris, a multidisciplinary visual artist, born in Castelló de la Plana.
He was educated in graphical design. He was designing ceramic during 11 years. In 80’s his curiosity for art brought him to interest for photography and painting.
In 90’s he started to exhibit his artworks, and it was in 1997 that he decided to move to Barcelona where he currently has his studio in "Ciutat Vella", right in the historic center of the town.
He is collaborating with several galleries who are exhibiting his artworks, mainly in Barcelona, Belgium, the Netherlands and EEUU.

The collection ‘’Mirades’’ (looks), is a photographic work and at the same time pictorial.
The images are treated as pictorial support as they are added textures and colors that the artist first paints and then photographs.
It uses all the stills as isolated elements that on their own already have a meaning, to reach a conclusion and a final result that communicate different female iconic atmospheres, always using the face of the woman with a language of the author Joan Peris.
The result is these artistic photographs of a medium format on photographic paper with which it is easy to coexist thanks to its particular framing and its beauty.