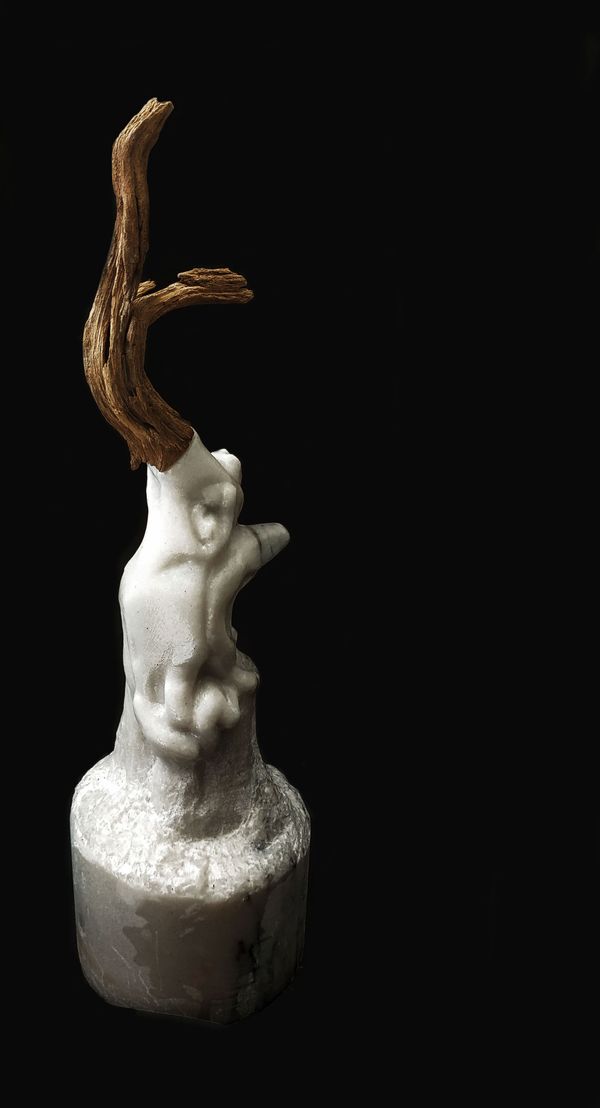 Free Shipping  from Portugal
15% OFF with code NY23.
£877.98
✔Signed by Artist
✔ Certificate of Authenticity
Secure Payments with Stripe. Learn more

Joana Alarcão is a Portuguese Eco-artist and writer that works primarily within the concepts of social/environmental justice and culture. She has an M.A in Art & Ecology, a B.F.A in Sculpture and a diploma of Level IV technician in Ceramics. She has already showcased her work in collective exhibitions, solo and in contemporary magazines.
Complementary to her studio practice she founded the online platform Insights of an Eco Artist and has worked with magazines such as Women to Women, Public Offerings Ltd, Gatekeeper, and the NGO Arts Help.
Creating sculptures, charcoal drawings, performances, and writings influenced by environmental practices, she explores human cognitive behaviours and climate change from multiple lenses. Bringing awareness to the impact of environmental change in the social sphere and how climate justice interconnects with social justice.
The contrasts of how nature is consecutively part of the human species and human reaction toward it led her sculptures and drawings to be mostly human referenced and made with naturally made materials. The friction behind these two arguments is a major aspect of her practice.

Eternal is piece that reflects the concept of natural conservation .Massive extinction throughout generations, thousands of hectares of rainforests eradicated. Hundreds of animals who lost their precious habitats. Constant floods, green and refreshing fields turned arid and black, heat waves and cold waves. All consistent with Mankind presence on earth, a direct result of its exploitation.

Eternal speaks of the connection between two beings as it is something divine. The natural untouched wild regions, already so slim, when contemplated, whispers for who wants to hear it. Natura and Human relate instantly, however, we tend to ignore such bond, completely blind by the ego.

Made in marble and wood to stretch this opposite however so similar concepts, the durability but also the fragility of the relationship between these two creatures. Metaphorically, as even the most solid materials with repetitive beating break, also the ecosystems, that seem to be everlasting, can also come crumbling down, as already is a present phenomenon in your days.

Plastically this piece represents this idea with to permanent elements, wood more vulnerable, so full of life and elegance, marble unbreakable and delicate, most eternal element. When sculpting I wanted to preserve a natural being, to preserve the natural habitat. I used my own strength, directly carving, to mimic it as if it was an old photo, a memory I wanted to freeze, make it almost eternal.

There Will Be Questions
Dangerous Minds Artists
Original£4,250.00