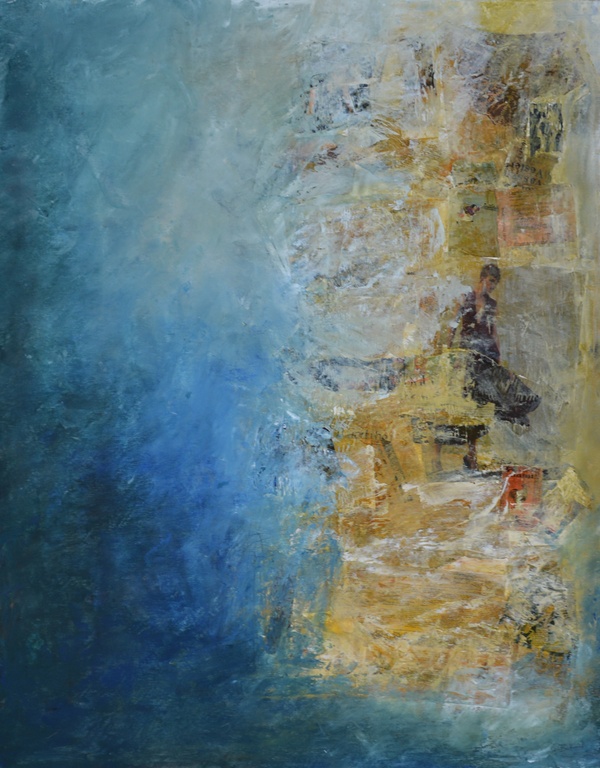 Robert van Bolderick was born in Stockholm, Sweden in 1968 and is of both Swedish and Dutch descent.
Grew up in Stockholm and from age eleven in Las Palmas de Grand Canarias, Spain. Growing up in the pulse of a cosmopolitan city like Las Palmas and its mix of nationalities gave Robert an early interest in various languages and symbols which he uses in his art today. He is focused mostly on mixed media, combining acrylic, oil and tempera with the praxis of collage. This unique combination gives life to his art by expressing dreamlike and vibrant scenarios. Rhythm, pattern and balance are important, while images and text fragments are prominent but do not give the viewer all the information. His art captures the essence of dreams and memories which are fragmented and provide only a glimpse of what happened. Robert will often create an image in which the meanings of the adjacent symbols change, using hieroglyphs and cave paintings along with modern symbols, old family pictures, notes, recent events, or historical extracts in text and images. The familiar imagery loses its inherent symbolic value and becomes part of a new image. Robert currently lives and works between France and Sweden.

It's from a series of paintings about fragments, clues and sequences that are our memories and dreams.
Are we just images in someone's dream?