This site requires JavaScript. Please enable it in your browser settings.
Buy Pin-Up In My Pocket by Tony Alcock | Artlimes 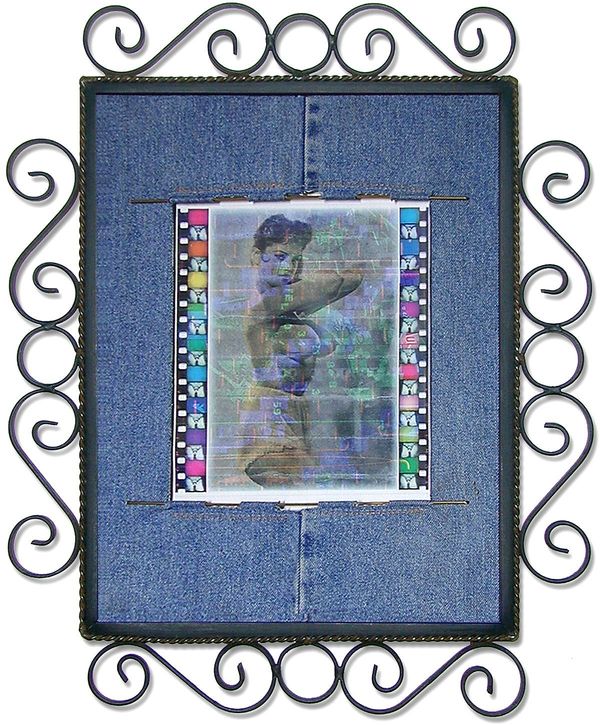 7 day, no risk, money back guarantee

All return shipping costs are borne by the buyer. These would include any customs fees, brokerage fees, duties, taxes, etc. These are buyer's responsibility for transit BOTH ways. Concerning a returns request to be accepted, please note the following : If you are not completely happy with the work, it must be returned within the 7 days from reception, and certainly in the same condition as it was dispatched. Please note artworks for return shipment must be carefully prepared and packed in their original packaging in order to qualify for a refund. It is therefore important that you take care when unpacking the artwork on reception. After receiving the returned artwork safely, a refund for the price paid for the artwork will be promptly and willingly provided.

About Tony Alcock
About the Product

I was born in Nottingham (UK) in June 1947. My post school art education included a Pre-Dip at Loughborough followed by studying Fine Art / Painting at Leicester Polytechnic. After graduating and producing my 'Light Organ', I enjoyed a couple of years being recognized as an original and practicing artist in the UK. However, I chose to pursue life as a teacher, gaining a PGCE from Bristol University, where I later briefly lectured in Art education.

Circumstances changed and I found myself working as a musician, became a music shop owner and eventually worked in a successful graphics based company, MOGO UK. From 1993, I was able to reactivate my artistic ambitions, identifying myself as AMA, I've always liked the symmetry of my initials. Most all the work on this Artlimes website will have been produced after 1993.

I hope you enjoy and get into the work you see, it can then speak for itself.

By the way, whatever you think about the art, I'm very good at wrapping up, packaging and dispatching the finished article!

This is one of three pieces of work conceived in 1997 based on the central image of a very well appointed young lady. I first came across the model in question during my first year away at secondary school. There she was, probably no more than a couple of inches tall, posturing towards the back of a pocket-size magazine printed solely in black and white belonging to one of my schoolboy pals. Well, when one is a thirteen-year-old boy with fast developing hormones, images like this can have quite an effect. Certainly, that was the case in 1960. So much so, the magazine found its way into my hands, and the appealing photograph was cut out.

Stationery items were somewhat more limited in those days, so to protect this discovered ‘icon’, I attached this 'find' onto a thin piece of card with slender bands of sticky-back plastic. The resulting treasure was then kept for safety in a wallet. Over the ensuing years, the wallet was lost to the sands of time and completely forgotten, and that included Mademoiselle in her french cami-knickers and arresting pose. However, when moving house about a third of a century later, I found the wallet with this once precious but forgotten item in it.

The passing years had had their effect, not so much on my hormones but on this little paper image. The glue of the sticky-back plastic had permeated the paper which was printed on both sides and the reverse side image was drawn through the paper to be partly visible from the front. An unexpected visual phenomenon had happened here, all be it accidentally, and it certainly related to other pieces of work in which I was exploring how the quality of an image operated in relation to the visual depth of the work’s surface.

In striving to be an artist, any form of inspiration is welcome and this chance rediscovery was no exception.

Three in One
Tony Alcock
Original£60.00