This site requires JavaScript. Please enable it in your browser settings.
Buy Interior No.77 by Jaco Putker | Artlimes 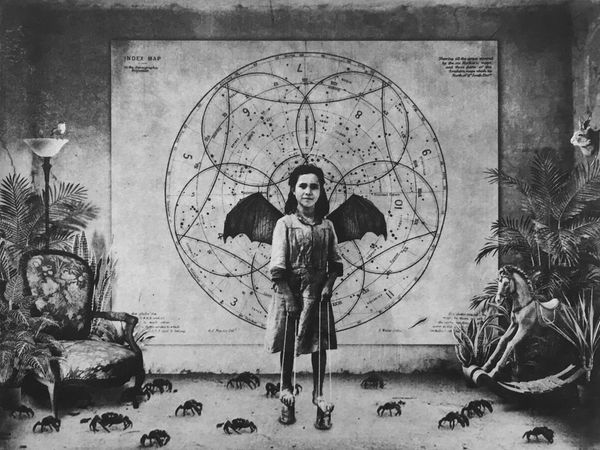 15% OFF with code OTMNWHISPRS.
Ships from Netherlands for £13.84
£214.43
Secure Payments with Stripe. Learn more
✔ Certificate of Authenticity
✔Signed by Artist

Fear, amusement, joy, bewilderment or dread? It is entirely up to the individual's mood, on how Jacob Putker's work is perceived. He combines digital and traditional techniques to produce images which are playful and sinister, nostalgic and magical.

His preferred medium is photopolymer, or solar plate, etching. This technique is a non-toxic way of etching which allows for photorealistic depictions, rather than an imposed meaning to his work.

This artist knows very well how to trigger your feelings, tangle your mind and unearth all the strangers lingering in your long forgotten dreams.
Jaco Putker has 6 Awards and 14 Shows.

This polymer etching is hand-pulled in a limited edition of 25 copies on 300 grams Hahnemühle etching paper.

Each print is numbered and signed and comes with a Certificate of Authenticity.

It comes shipped in a sturdy reinforced envelope.

Jaco Putker is a contemporary artist and printmaker from Hague, Netherlands. He combines digital and traditional techniques to produce images that are both playful and sinister, nostalgic and magical.

His preferred medium is photopolymer, or solar plate, etching. This technique is a non-toxic way of etching which allows for photorealistic depictions.

The titles of the etchings are descriptive and give no handle as to the meaning of the works. The artist considers his works to be illustrations of fables that don't exist but hopefully take shape in the beholders' minds.

Jaco Putker was awarded the Dutch national Business Art Service competition for Graphic Arts in 2010. He won the Awagami Paper Factory Prize (at the Awagami International Miniature Print Exhibition) twice; in 2015, and again in 2017. In 2017 he also won the ON PAPER International Printmaking Award 2017.

His work has been exhibited throughout Europe, as well as in Japan, China, Taiwan, Thailand, Australia, Canada and the USA.