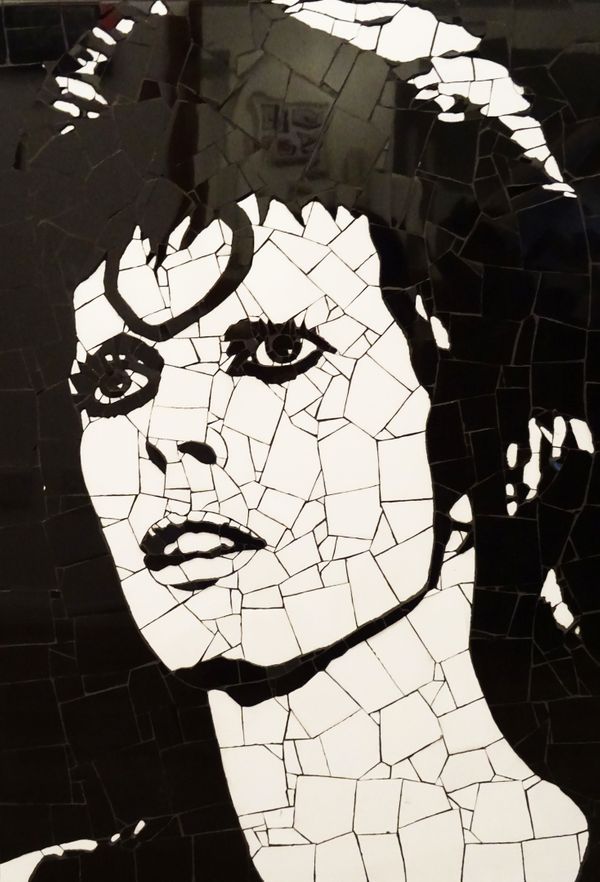 Sally Kendall graduated in 1992 with a BA (Hons) in Art and Related Arts, then gained a PGCE in Art and Design. She is a professional member of BAMM (British Association of Modern Mosaicists) and set up Sally Kendall Mosaics in 2000. She has since combined freelancing as an artist with part-time teaching.

Her specialism is Pop Art style mosaic portraits which she has gained significant recognition for. Her work has featured in many publications and she has exhibited at various London venues including; The Underdog Gallery and 77 Art Gallery, alongside many established artists including Banksy and Shepard Fairey. Her work has also featured in TV advertisements and BBC documentaries.

Combining her wealth of experience and variety of skills has generated a network of new and loyal clients. Commissioned by Interior Designers, Local councils and private clients, highlights include; recent sale of two mirror mannequins to a top hairdresser in New York, these are now on permanent display on 5th Avenue-images of this work have featured on promotional material for the Jazz Cafe London, appearing in the BBC documentary PHOP (People’s History of Pop) being interviewed about meeting Amy Winehouse and her tribute mosaic of Amy for the Hawley Arms in Camden, featuring on BBC Radio London, assistant to Gary Drostle on his award-winning River of Life mosaic in Iowa, 2 month long recycled mosaic projects in Tanzania, recent projects in Uganda and developing art initiatives for the award-winning Channel 4 Indian Summer project.