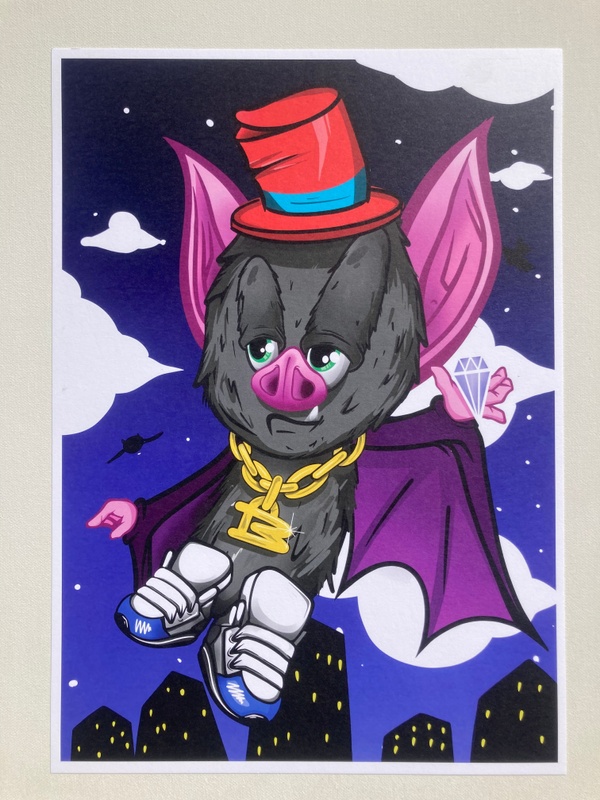 Ships from United Kingdom for £20.00
15% OFF with code NY23.
£30.00
✔Signed by Artist
✔ Certificate of Authenticity
Secure Payments with Stripe. Learn more

Self taught Graffiti artist, well established through out Europe, having started his career in Amsterdam and show casing work in various cities in Europe. Now settled in Brighton, UK. His work can be seen in streets and galleries around the world.

Making letters, throwing styles, busting out characters and anything in between. Think, Illustration meets graffiti.

Starting his career in 2008, His distinctive style can be instantly recognised, combining graffiti letters with characters in vibrant, loud colours. Bringing life and visual excitement to the cities he paints in.

This is Brighton
Skatin Chinchilla
Original£795.00
Prints by Artlimesfrom £113.16