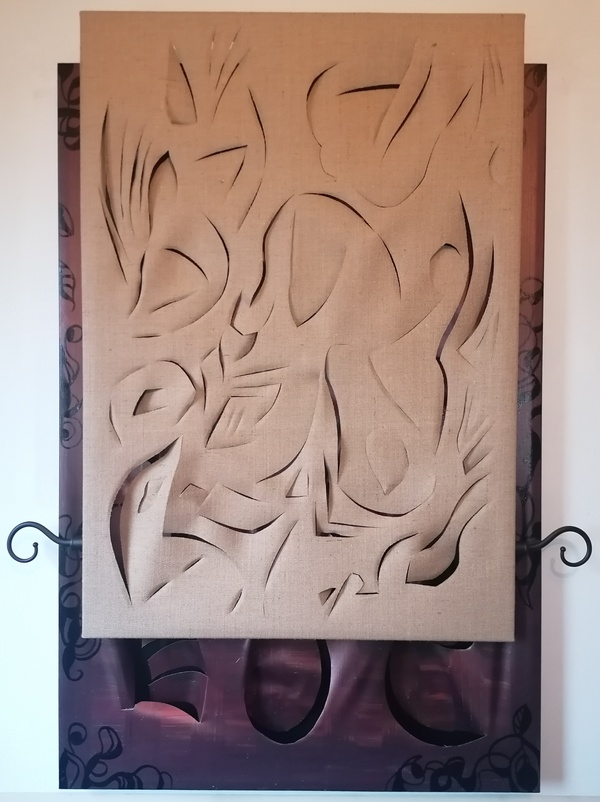 Metal and acrylic on cut canvas

Free Shipping  from Italy
15% OFF with code NY23.
£893.18
✔Signed by Artist
✔ Certificate of Authenticity
Secure Payments with Stripe. Learn more

Curated by
Kelly Kaimaki, Creative Writer / Curator
About Stefano Mazzolini
About the Product

By cutting the canvas and superimposing it, he constructs the painting into sculpture. Having acquired knowledge of some restoration techniques, he applies the method of Tearing the painting in a decorative version, pouring resins and metallic acrylics, mixed he obtains as fabrics, skins of color that he applies on canvas wrapping the work within himself, metal grafts, application of various elements, collages of images processed on the computer and inserted to define and make sense of the pictorial project. The addition of modular charcoal details to enrich the strong contrast of two materials that nothing can unite except the similar stylistic trait, the subjects are always deliberately ambiguous and free to be interpreted, input to reach our dreams hints to the city, landscapes between nature and animals that empathically interact with detailed objects, convulsive scenarios of neo-modern plans and perspectives, where the vision of man is absent, but still rich in his humanity in all circumstances. With sculpture, he definitively closes an artistic path marked by his stylistic coherence. Thus inventing a new three-dimensional representation, the sculptures of Lycra Resina, a treated and consolidated synthetic fabric offers a new concept of sculpture, strongly saturated with sacredness, human and alien figures, stylized silhouettes, always suspended between the sacred and the profane, draperies to form characters from the past and revisited in a modern way.

The profiles of people, of women hidden by draperies, made with a very personal technique, a mix of enamels, varnishes and oil colors, create films to be glued to pieces like a large mosaic, providing a base on which to work with oil, succeeding to effects of depth and notable refinement. Close-ups of veiled characters, covered by white cloths emerging from the dark, in the darkness, you can glimpse people who mingle with the volumes, this play of chiaroscuro that sometimes gets lost in the void but that on other occasions give hints of lightness and intense vitality.